Better known as Lip, Wong Lip Chin (b.1987) is a contemporary artist living and working in Singapore. Holding a BFA (H) in Fine Arts (Printmaking) awarded by Lasalle College of the Arts, Singapore, Lip’s work is part of a number of public and private collections namely Amara Sanctuary Resort Singapore, Marina Mandarin Singapore and OCBC Bank Singapore. His first solo exhibition Now You See was held at Marina Mandarin Singapore in 2009 and other notable group exhibitions include The Drawing Show at Yeo Workshop (2014), Between Conversation” at Yavuz Fine art (2013) and Going Where at ShanghART, Singapore (2013). 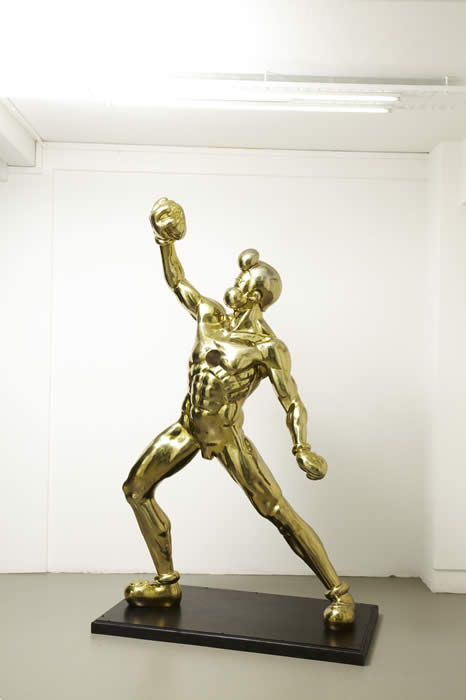 Maitree Siriboon was born in 1983 Ubonratchatanee province, Thailand, before moving to Bangkok in 1998 to study, first at the College of Fine Art and later at Silpakorn University where he received his Bachelors in Fine Art. Maitree is the recipient of numerous national awards among them The Bangkok Bank Art Award in 2006 and the 2005 painting award Sixty Years of Happiness Under His Most Benevolent and Majestic rule. His art has featured in Art Asia Pacific News 2010/2008, Asia Art News 2009, Contemporary magazine 2007, The Nation Newspaper, MTV Thailand, Time Out KL, Bangkok Post Newspaper, Fah–Thai Magazine, Wall Paper Magazine 2009/2008, Elle Magazine, Esquire Magazine, Circa 127 Magazine (Contemporary Visual Culture In Ireland).

Maitree’s early collage work draws from his boyhood in Isarn (North Eastern of Thailand), transforming an often forgotten people into a source of profound beauty. His childhood landscape permeates his art, a colorful two dimensional text filled with trees, rice paddies, farmers, and water buffalo. More recently Maitree has began working with photography, and his series Isarn Boy Dream invites foreigners into his childhood home of Nong-Boa, placing them against backdrops of rice fields, tractors, haystacks and inside local sculling boats. Followed by a series of photography Isarn Boy Soi 4, Maitree questions his self-identity based on Isarn culture. Coming to Bangkok is analogous to opening himself up to global influences. These are represented in images of the artist dying his hair blonde in the backdrop for the photo shoot that was set up in a studio called the Red Heaven. His newest work Albino & Green photographic series returns to one of his early themes, his personal relationship with natural landscape. 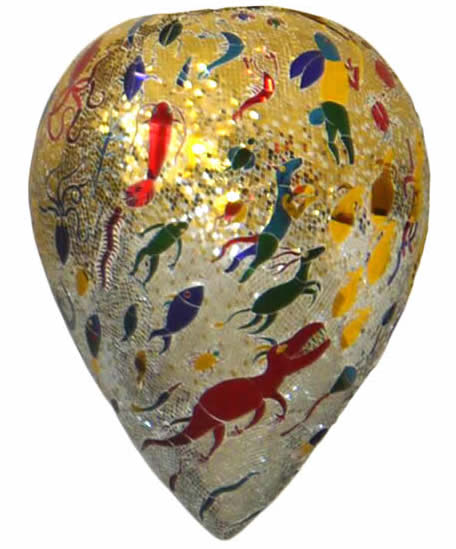 Irfan is currently based in Bandung, Indonesia, undertaking a study in Master of Fine Art in ITB. Prior to that, he studied at LASALLE, Singapore majoring in Visual Communication Design and Wanganui School of Design, New Zealand majoring in print based graphic design. He founded IH Studio in 2011, works on graphic design, pre-press, print production and bookbinding which influence most of Irfan’s artworks and his fascination towards paper.

He began to experiment in art as a way to understand visual communication in graphic design by understanding the very essence of visual elements: composition. The way to analyze and to practice is by removing every symbol and text as communicative elements and substituting them with lines and shapes. By doing that we could understand the more primal way to communicate and how our subconscious tricks how we perceive information. 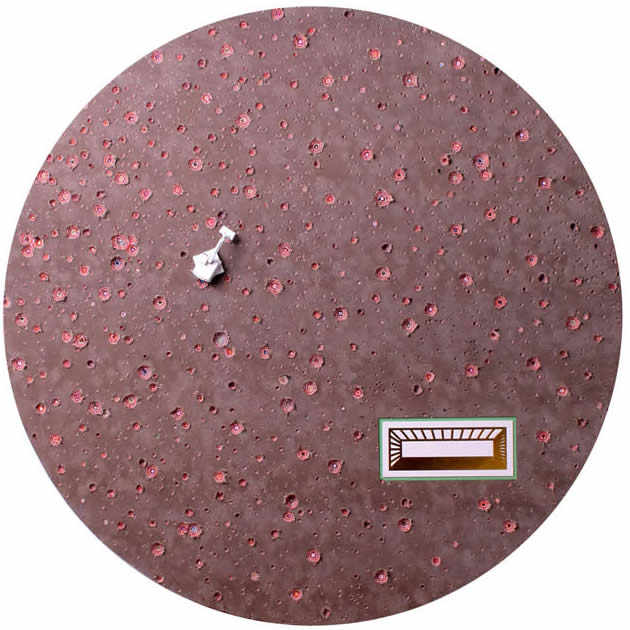 Chong Kim Chiew (b. 1975) graduated from the Guangzhou Academy of Fine Art in China, majoring in oil painting. His art practices provoke us to ‘think (and rethink) about our national developments and aspirations’. He has exhibited widely in Malaysia since 1994 and held his first solo exhibition, Isolation House at Rumah Air Panas gallery in July 2005. He has also participated in numerous group exhibitions around Kuala Lumpur.

Chong’s paintings work through the idea of ‘trace’, including the notion of tracing, usage of tracing-paper, copying, and the one who traces – to seek, trail and explore the roots or deeper meanings of something. These are expression of the power structure of geography, the flow of history and overlaps of identities.

His installation artwork is closely connected to the social and political environment of exhibition site, as with the relation of space and architecture. The condition of cultural environment is his basic materials. The artist see meanings of material often vary due to environmental, they are not static, but fluctuate, polysemous, often misread, and continuous expand outwards. 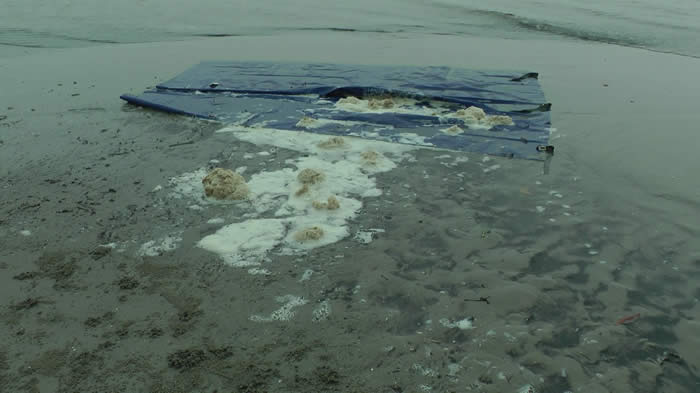 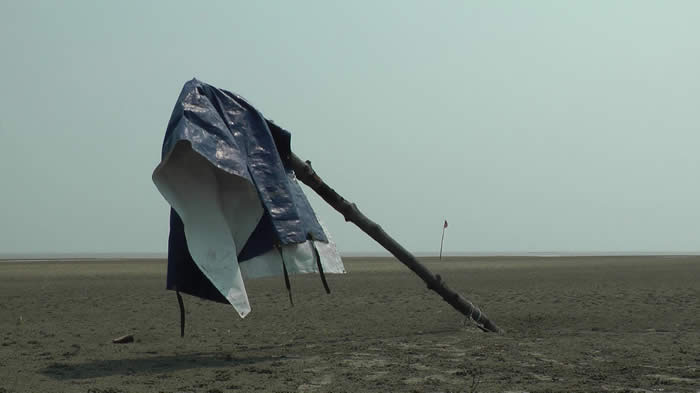 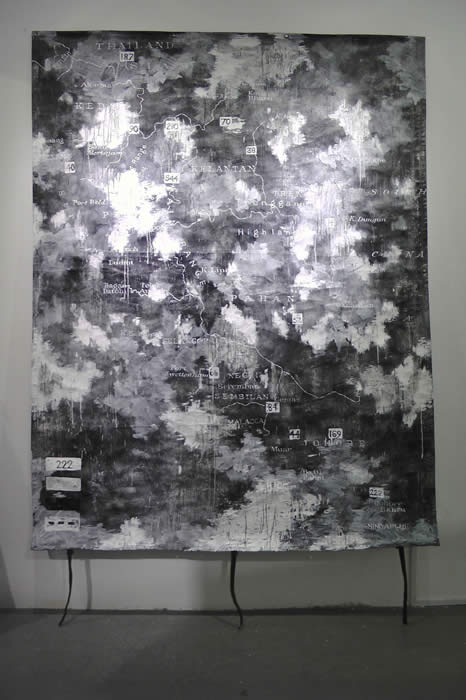 Derek Tumala (b. 1986, Manila, Philippines) received his bachelor’s degree in Fine Arts with a major in Advertising Arts at the University of Sto. Tomas in 2006. His constant exploration of the digital medium and its technology has lead him to his current practice as an emerging media artist that specialises in applying video mapped to sculptures and found objects. He has exhibited his works in galleries and alternative spaces in the Philippines and Singapore from painting, photography and video mapping installations. He has exhibited at the University of the Philippines Vargas Museum, Art Fair Philippines and The Drawing Room. 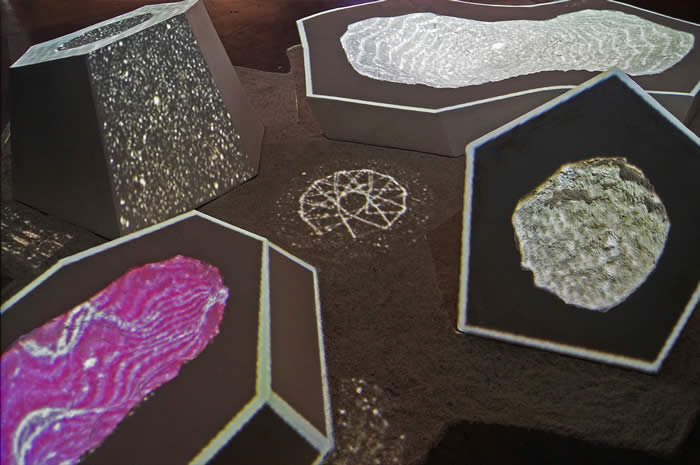 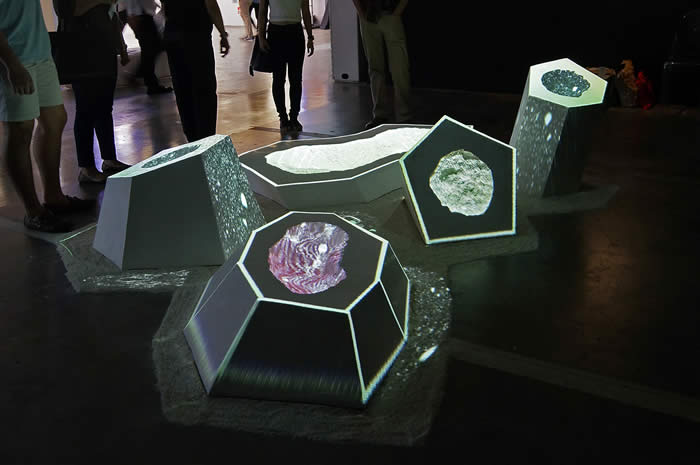 Vermont Coronel Jr. (b. Laguna, Philippines, 1985) studied Advertising under the Philippine Women’s University Bachelor of Fine Arts program. His practice has been widely attributed as street-based, informed by urban imagery and working in guerilla fashion independently and together with the collective Pilipinas Street Plan. Coronel’s works in the commercial venue are stencil-based paintings, and sometimes he makes use of the stencil matrices themselves by framing these layers together to achieve the images. The images in his work comes from his daily immersion in cities, primarily Manila and Laguna. His first solo exhibition “Spirit of a Place” in The Drawing Room (Manila) shortlisted him in the 2012 Ateneo Art Awards – a prestigious contemporary art distinction in the Philippines. Yet again was his first solo show in Singapore garnered 2014 Ateneo Art Awards shortlist. His monumental piece was presented in Project Stage in Art Stage Singapore 2013. 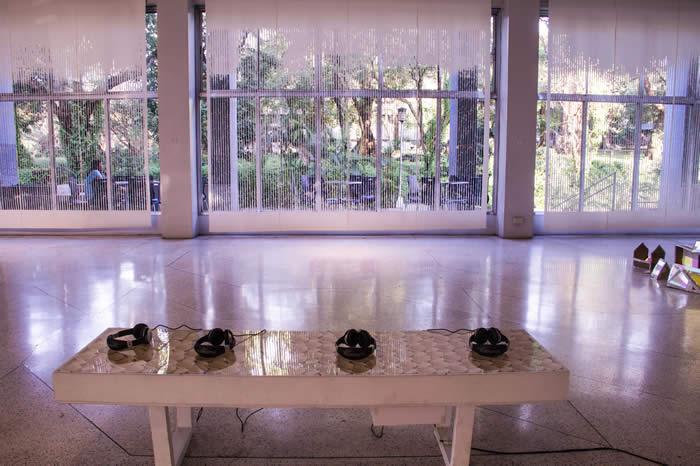 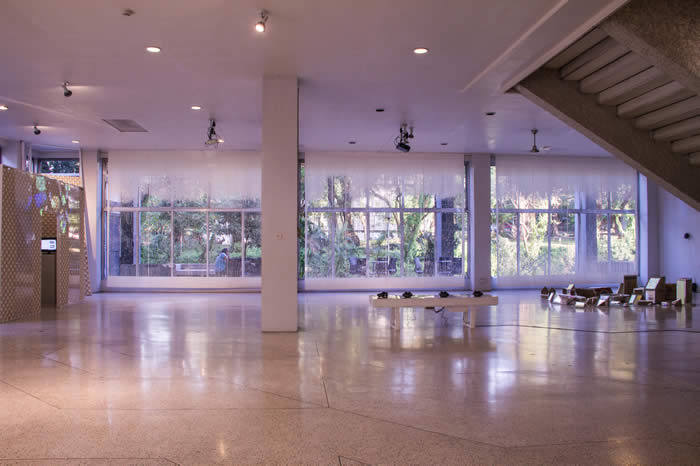 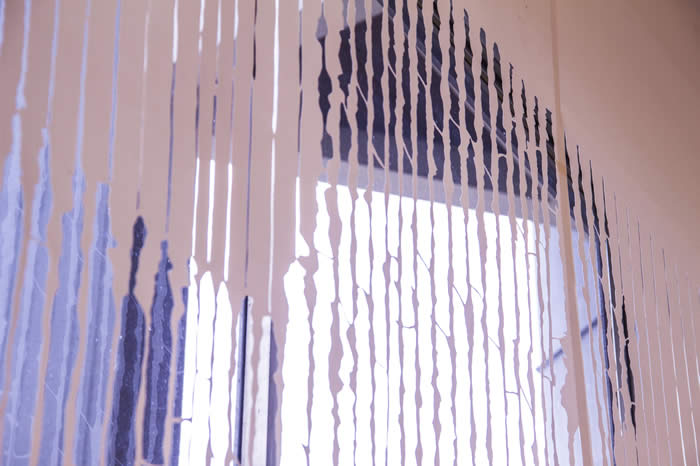 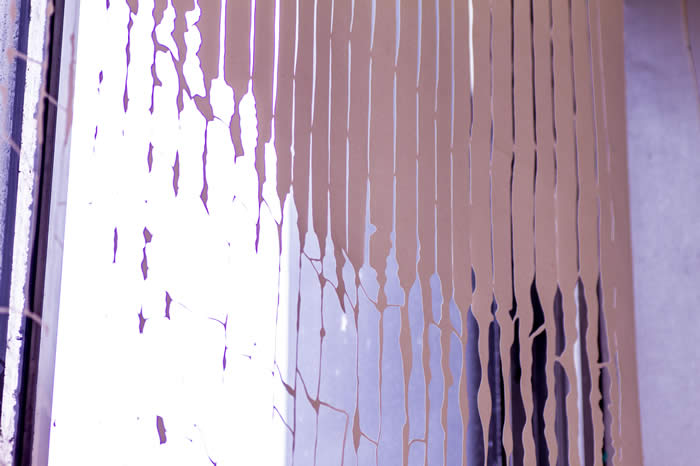 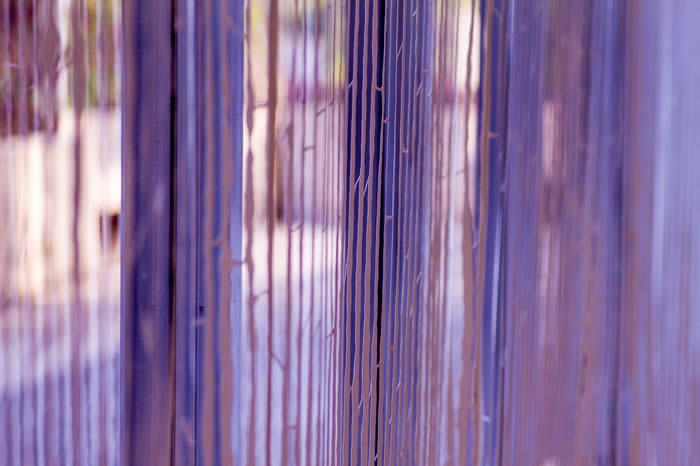 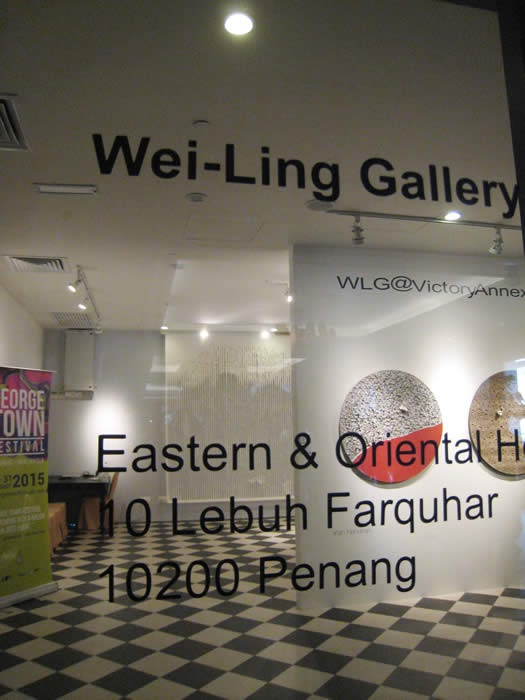 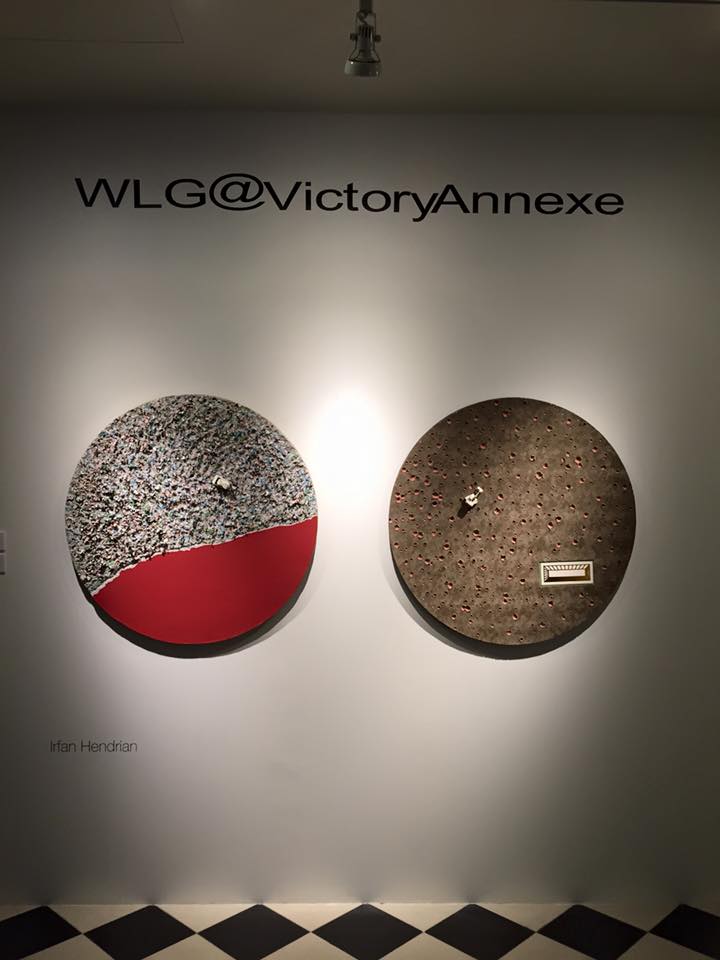 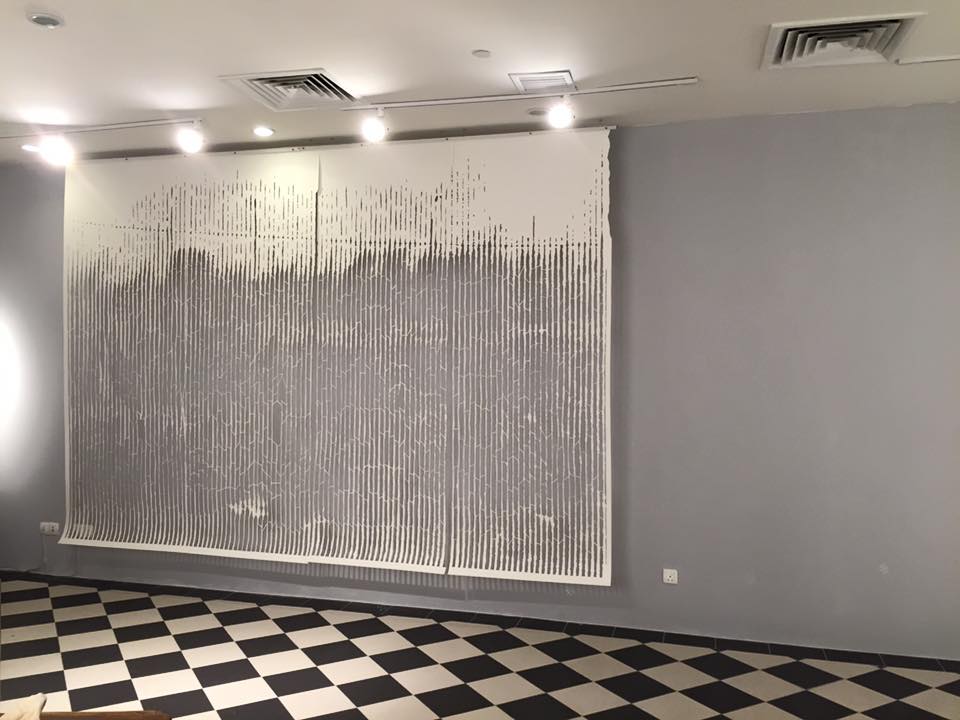 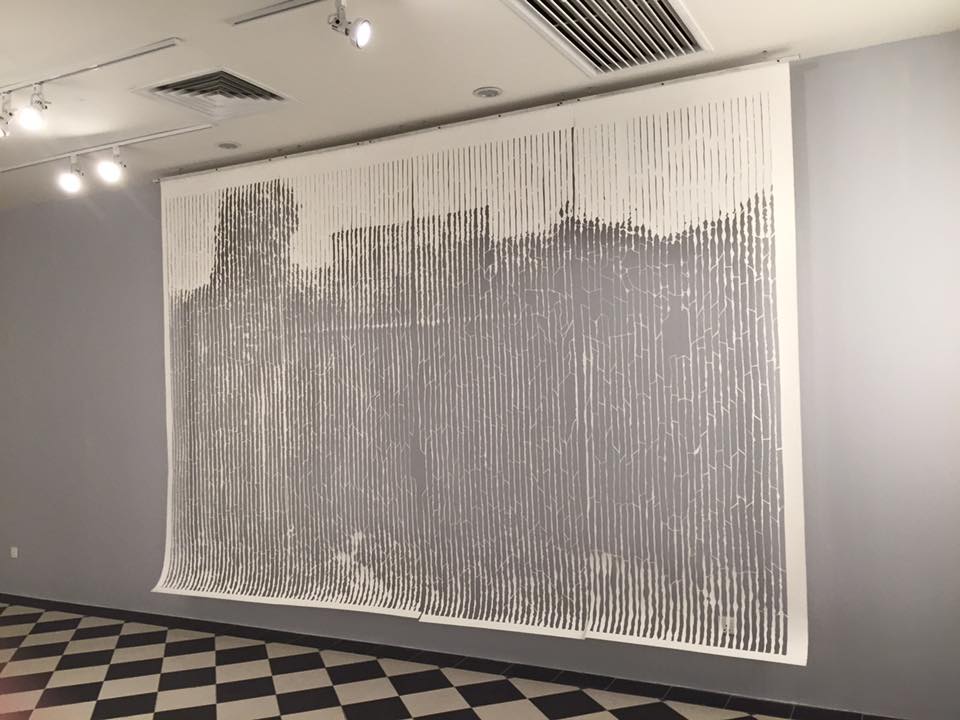 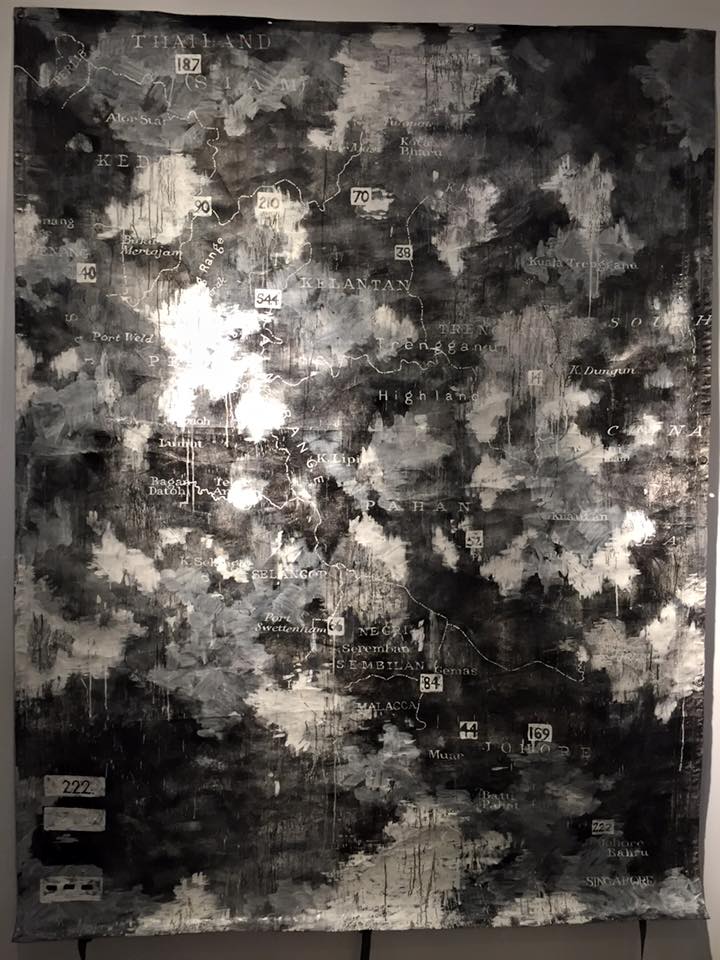 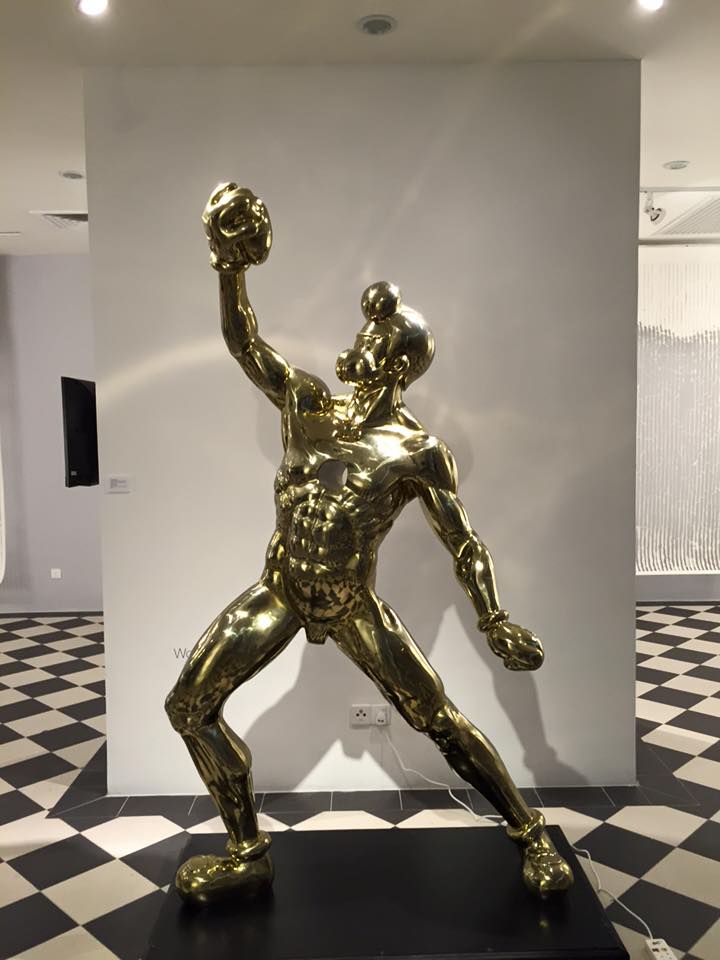 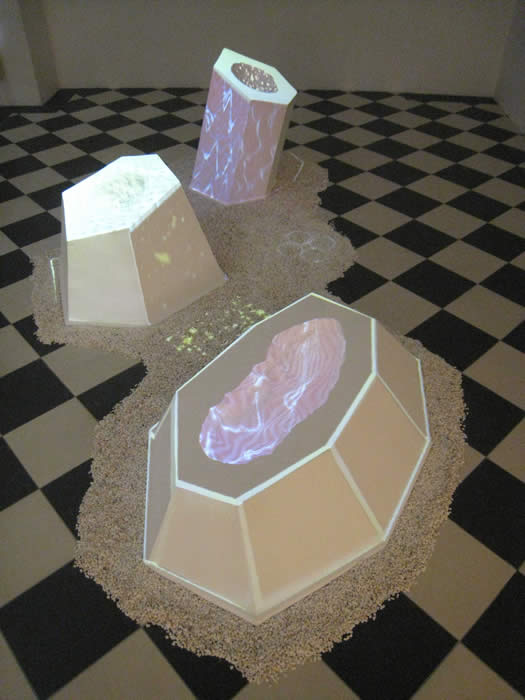 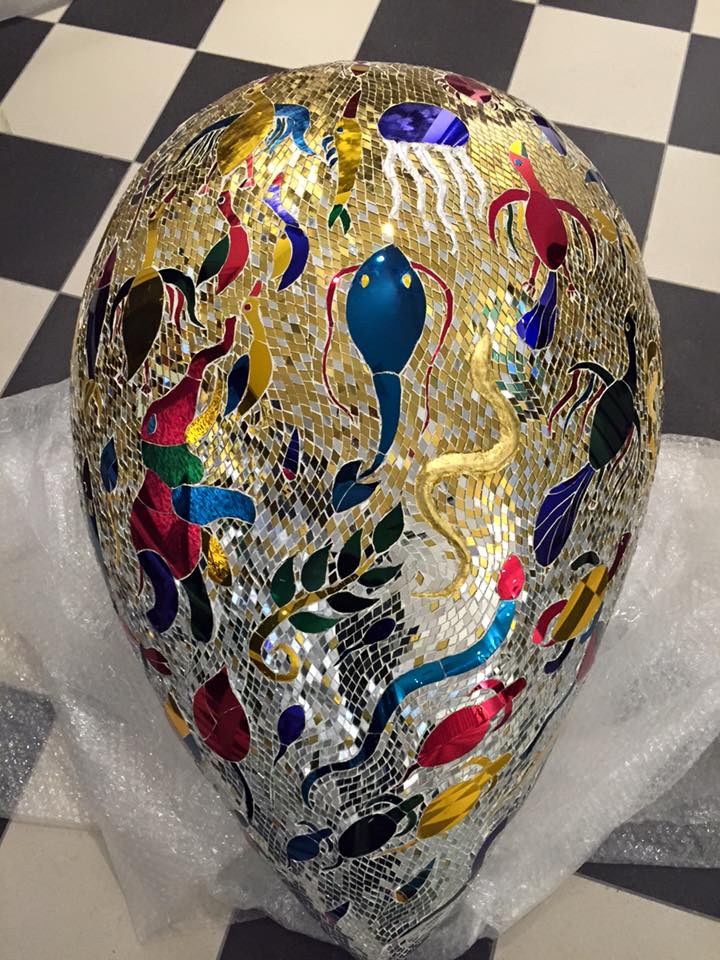 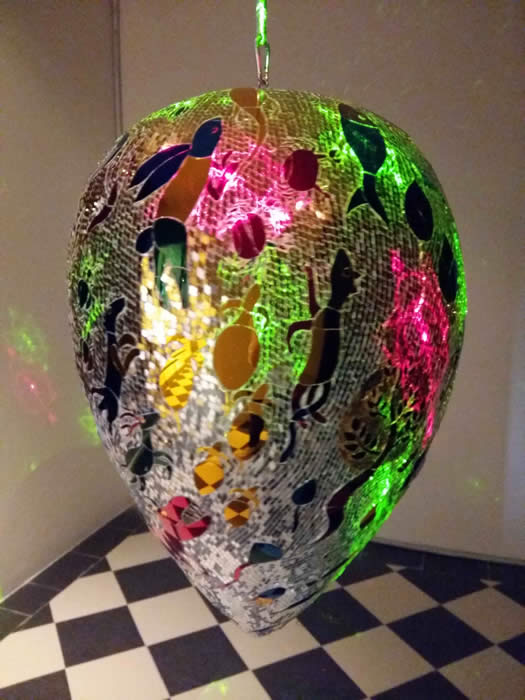